Osgood-Schlatter’s Disease: It sure sounds bad. 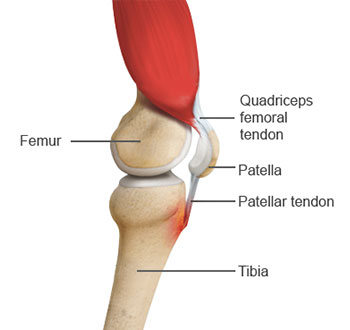 Parents of athletic kids entering teenage years are sure to have heard of this. Because of its name and anatomical location, it strikes fear into some. Fortunately, it’s not as bad as the name may sound. The prognosis is good, so do not let the name scare you.

Osgood-Schlatter’s disease is always characterized by activity-related pain that occurs a few inches below the knee-cap, or patella, on the front of the knee. The child will have swelling in the area, and tenderness to touch. Sports requiring lots of running, jumping, kneeling, and squatting are particularly associated. Many children first signal the start of the problem by rubbing the top of their "shinbones" with their hands, or even ice cubes, at practice sessions. The three main factors that contribute to Osgood-Schlatter’s are:

Osgood-Schlatter’s is defined by a characteristic soreness and swelling at the tibial tuberosity. It usually originates in those between the ages of 10 and 15 who are both physically active and in a "growth spurt".

A recent Finnish study found that 13% of the teenagers of that country had symptoms of Osgood-Schlatter’s disease.

The disease was named after two physicians who defined it independently in 1903, Dr. Robert Osgood and Dr. Carl Schlatter. The condition is caused by the powerful quadriceps muscle pulling on the attachment point of the patellar tendon during running activities such as soccer, basketball, track and other sports. The patellar tendon is a thick rope-like structure that connects the bottom of the kneecap (patella) to the top of the large shin bone (tibia). The powerful muscles on the front of the thigh, the quadriceps muscles, straighten the knee by pulling at the patellar tendon via the patella. Osgood-Schlatter’s disease is caused by inflammation (irritation) where the patellar tendon attaches to the tibia. The disease is caused by repetitive stress or tension on part of the growth area of the upper tibia (the apophysis). The disease may also be associated with an injury in which the tendon is stretched so much that it tears away from the tibia and takes a fragment of bone with it.

Sport or physical activity is not likely to cause any permanent damage, but may make the pain worse. Difficult decisions may have to be made about training schedules and sporting commitments. Each case is different, and your doctor will advise. An approach similar to the following may be advised.

Prevention of the problem has been low on the priority list for most healthcare providers. This may be because prevention techniques are unproven and controversial. Better pre-sport conditioning of the quadriceps may help prevent the problem entirely. Clearly, better flexibility and stretching throughout adolescence may be crucial.

Knee pain in kids can be concerning and confusing. My own personal experience with Osgood-Schlatter’s disease started when I was 11 or 12. I was passed from one pediatrician to the next with diagnoses of “water on the knee”, “torn ligaments”, and “strained tendons”. My treatments included restriction from physical education for half a year and knee sleeves. Nonetheless, the pain continued, and a noticeable bump below my knee started. By the age of 16, finally an orthopedic surgeon made the correct diagnosis, but by that time the pain had subsided. I now live with my Osgood-Schlatter’s bump that is non-painful, and have continued athletics until present.

If this story sounds familiar, or you’re just starting down this path, then I would recommend an early evaluation by a sports medicine physician or an orthopedic surgeon. Keep in mind, Osgood-Schlatter’s disease is not “torn ligaments” or “water on the knee”, nor is it the end of athletics for your young one, but many sources of information out there can be misleading and confusing. Entire websites have been dedicated to this diagnosis, some promoting herbal supplements, others requesting your money to provide the very information that was just discussed. Some sites out of Europe even discuss surgical options as the primary recommendation for this condition. Rest assured, surgery is not the recommended modality of treatment for this in the United States, nor is prolonged immobilization.

I hope the information provided here helps reduce some of the consternation created by the ominous name of the condition, Osgood-Schlatter’s disease. It is really not much of a disease at all, and it would have been nice if they did not have to combine two fairly odd sounding names for one condition. In essence, it is a self-limited adolescent condition that is fairly common in athletic kids, with no real permanent disabling sequelae except for a bump just below the knee. The pain from the condition usually subsides by 15 to 16 years old, and in only a very small percentage are there any residual symptoms associated with the visible bump. 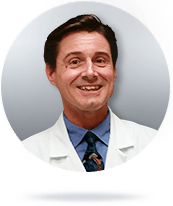 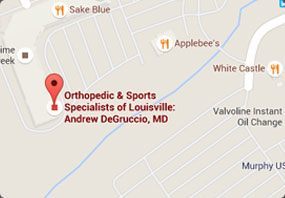